A few of my sweetest friends L.O.V.E. this holiday with a fiery passion. They decorate, plan, carve, bake…The whole nine yards. Not me. The last time I dressed up for halloween, I was a newly wed, and it looked like this:

Do you see any glimmer of “this is fun!” on my face? Was I a farmer? Redneck?? Meth addict? Your guess is as good as mine.

SO, you can imagine my  reaction when I received an invitation from a friend to her annual murder mystery dinner party. Sorry, lady, I don’t do costumes. **See above photo, hangs up phone**

But when she assured me it would be tons of fun and totally worth the effort, I reluctantly agreed. Besides having to dress up (which actually wasn’t so bad when you take time to…ya know…put together a costume instead of throw on some old man overalls found in a dumpster) the night was incredibly enjoyable. The dinner was roaring 20’s themed, and we were assigned characters beforehand. Everyone showed up to The Stanford Hotel (aka Ben and Corina’s house) completely in character, and ready to figure out who killed Mr. Railburn. 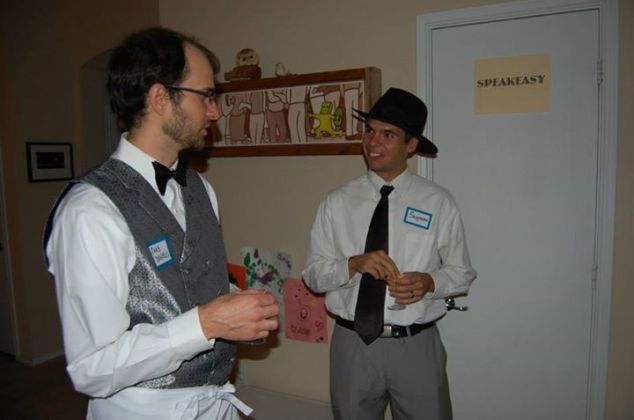 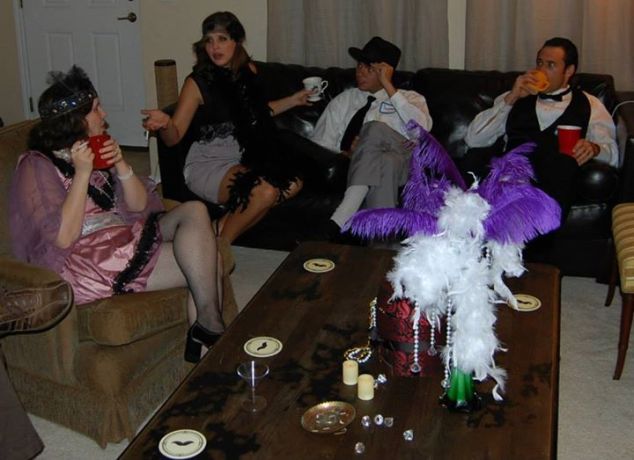 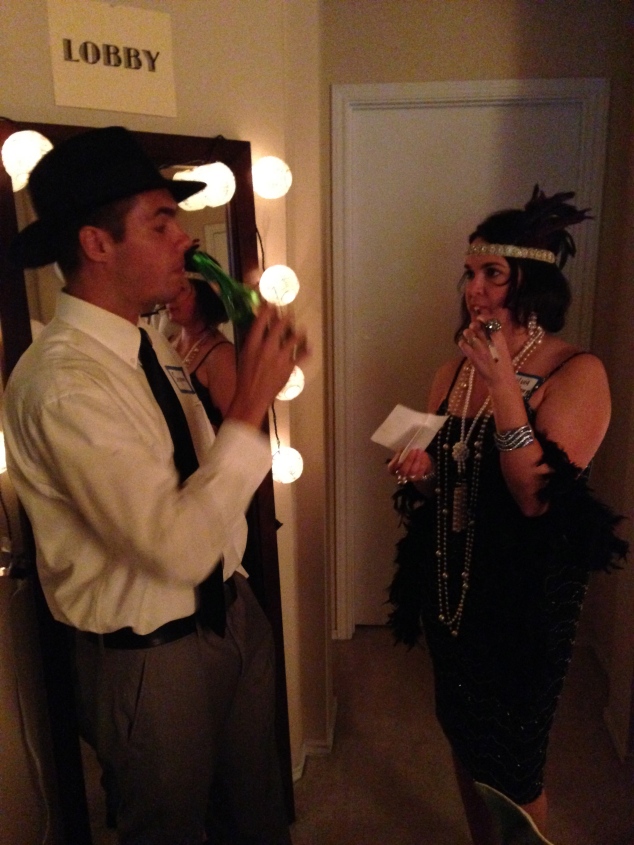 We had a blast tapping into our inner flappers. Actually, I was cast as the hotel prostitute and later told that she cast everyone based on their personality. Thanks for the subtle hint, Corina. Ridikilus.

So here’s one last photo of the Codys in rare form: Dressed up, out later than 10pm, and calling each other things like “Cat’s pajamas” and “Old sport”. Such a fun night. Dressing up still might not be my thing…But apparently pretending to be a hooker is. (??) 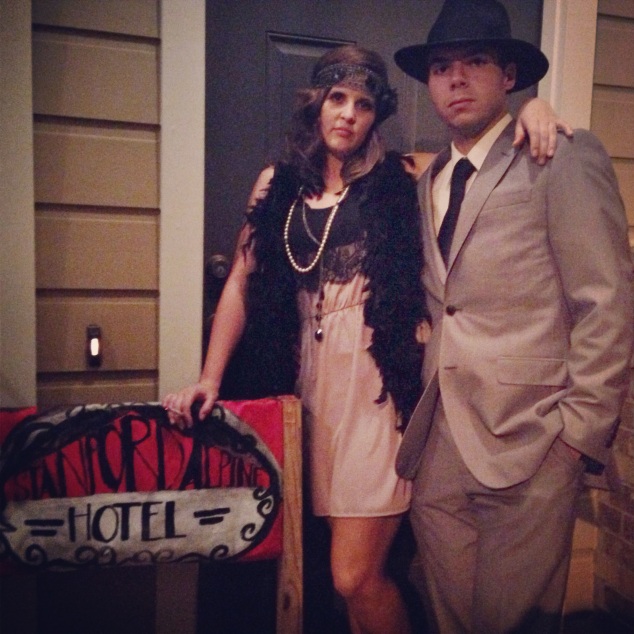 One thought on “Murder Mystery”

This site uses Akismet to reduce spam. Learn how your comment data is processed.